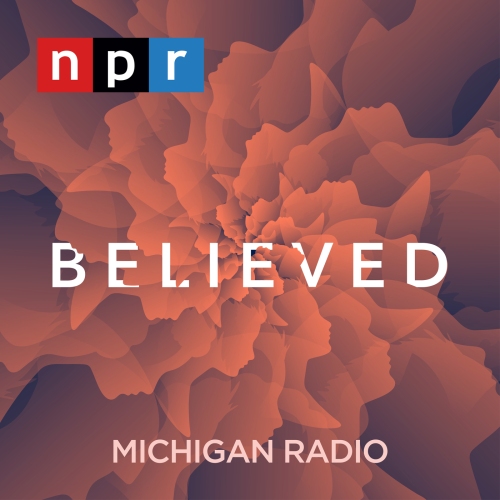 This series is one of the most insightfully disturbing, tragically illuminating, and piercingly convicting podcasts I’ve listened to. The Larry Nassar case and story is no doubt about one man’s serial abuse of children and young women. It is absolutely about the courage and valiance of those who have come forward to tell their stories. And, it is a critical exposé on the abuses that exist far beyond just one person. But it is also about our collective human psyches, the flaws of our social psychologies, the responsibility that we all have in creating a safe and just society, and the breadth at which Larry Nassar acts as a proxy and scapegoat for the hundreds of other responsible parties who, though were not the “abusers,” were absolutely the enablers and abdicators in these stories. It is a brilliantly incisive incrimination of us all.

The title Believed is about the dignity of being heard, and the critical role it plays in justice. As such, stories like this correctly define “belief” as so much more than an affirmation of a proposition, or an acceptance of data. Belief, in this sense, is a commitment of self. It involves the deepest parts of our psychology, our minds; our souls. Beliefs are not what we accept or do not accept. Beliefs are a posture of trust, and ultimately make us who we are. We should wonder no longer why changing what we believe is so difficult. Why not just ask ourselves to become a completely different person altogether? Belief and identity are simply different expressions of the same thing.

So, to change the trajectory, to work towards the full and complete elimination of the abuse of children in our midst, the eradication of the sexual violence in our world, we must be willing to change who we are by what we believe, by how we trust, and how we posture ourselves toward others. We have to recognize something deeper about our humanity and our identities. We have to alter our biases, our tendencies, and our prejudices toward demonizing one while believing the “better angels” of another. We have to recognize that our hope is grounded in the very best of people and in the converse reality of people’s worst. Most of all, we have to value our children, and especially our young girls, above all else.

The main heroine of the story, Rachel Denhollander (@R_Denhollander) is an exemplar of what established faith looks like in the public arena in the midst of horrific injustice. Her compassion towards Larry Nassar was shown through her piercing prophetic condemnation. Her deeply rooted faith in God’s love and mercy was shown in her testimony to the truth. And, her work towards redemption has not ceased because of one person’s conviction; it pushes on beyond an individual to a collective, a system, and a revolutionary change to every facet of the institutions. Popular Christianity has a bias towards “kindness,” “forgiveness,” and “mercy,” which is often translated into some vapid sentiments that mean “let it go,” or “move on.” Denhollander’s Christian kindness, forgiveness, and mercy, is in holding on to the full humanity of all participants, which does not mean a shying away from the denunciation of evil. This is what faith is supposed to do. Without this kind of, *ahem*, “belief,” you either have enabling abuse or chaotic vengeance. In Dehollander, we see what true belief in Christian redemption looks like. May more people of faith go and do likewise.