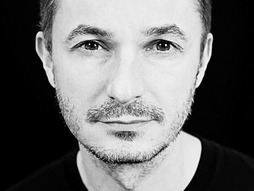 Marco Tempest: What I’d like to show you today is something in the way of an experiment. Today’s its debut. It’s a demonstration of augmented reality. And the visuals you’re about to see are not prerecorded. They are live and reacting to me in real time. I like to think of it as a kind of technological magic. So fingers crossed. And keep your eyes on the big screen.

Augmented reality is the melding of the real world with computer-generated imagery. It seems the perfect medium to investigate magic and ask, why, in a technological age, we continue to have this magical sense of wonder. Magic is deception, but it is a deception we enjoy. To enjoy being deceived, an audience must first suspend its disbelief. It was the poet Samuel Taylor Coleridge who first suggested this receptive state of mind.

I try to convey a semblance of truth in my writing to produce for these shadows of the imagination a willing suspension of disbelief that, for a moment, constitutes poetic faith. – Samuel Taylor Coleridge

This faith in the fictional is essential for any kind of theatrical experience. Without it, a script is just words. Augmented reality is just the latest technology. And sleight of hand is just an artful demonstration of dexterity. We are all very good at suspending our disbelief. We do it every day, while reading novels, watching television or going to the movies. We willingly enter fictional worlds where we cheer our heroes and cry for friends we never had. Without this ability there is no magic.

It was Jean Robert-Houdin, France’s greatest illusionist, who first recognized the role of the magician as a storyteller. He said something that I’ve posted on the wall of my studio.

A conjurer is not a juggler. He is an actor playing the part of a magician. – Jean Robert-Houdin

Which means magic is theater and every trick is a story. The tricks of magic follow the archetypes of narrative fiction. There are tales of creation and loss, death and resurrection, and obstacles that must be overcome. Now many of them are intensely dramatic. Magicians play with fire and steel, defy the fury of the buzzsaw, dare to catch a bullet or attempt a deadly escape. But audiences don’t come to see the magician die, they come to see him live. Because the best stories always have a happy ending.

The tricks of magic have one special element. They are stories with a twist. Now Edward de Bono argued that our brains are pattern matching machines. He said that magicians deliberately exploit the way their audiences think.

Stage magic relies almost wholly on the momentum error. The audience is led to make assumptions or elaborations that are perfectly reasonable, but do not, in fact, match what is being done in front of them. – Edward de Bono

In that respect, magic tricks are like jokes. Jokes lead us down a path to an expected destination. But when the scenario we have imagined suddenly flips into something entirely unexpected, we laugh. The same thing happens when people watch magic tricks. The finale defies logic, gives new insight into the problem, and audiences express their amazement with laughter. It’s fun to be fooled.

One of the key qualities of all stories is that they’re made to be shared. We feel compelled to tell them. When I do a trick at a party — (Laughter) that person will immediately pull their friend over and ask me to do it again. They want to share the experience. That makes my job more difficult, because, if I want to surprise them, I need to tell a story that starts the same, but ends differently — a trick with a twist on a twist. It keeps me busy.

Now experts believe that stories go beyond our capacity for keeping us entertained. We think in narrative structures. We connect events and emotions and instinctively transform them into a sequence that can be easily understood. It’s a uniquely human achievement. We all want to share our stories, whether it is the trick we saw at the party, the bad day at the office or the beautiful sunset we saw on vacation.

Today, thanks to technology, we can share those stories as never before, by email, Facebook, blogs, tweets, on TED.com. The tools of social networking, these are the digital campfires around which the audience gathers to hear our story. We turn facts into similes and metaphors, and even fantasies. We polish the rough edges of our lives so that they feel whole. Our stories make us the people we are and, sometimes, the people we want to be. They give us our identity and a sense of community. And if the story is a good one, it might even make us smile.