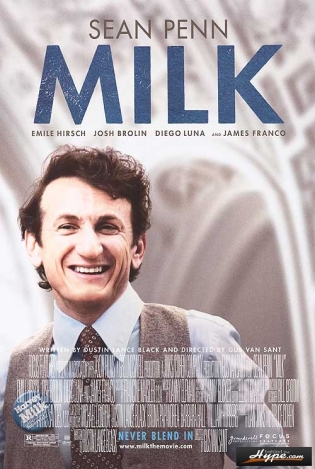 Here is the closing line of the movie:

If a bullet should enter my brain, let that bullet destroy every closet door… And that’s all. I ask for the movement to continue. Because it’s not about personal gain, not about ego, not about power… it’s about the “us’s” out there. Not only gays, but the Blacks, the Asians, the disabled, the seniors, the us’s. Without hope, the us’s give up — As the thousands of mourners arrive at City Hall, they place their candles around the statue of Lincoln. — I know you cannot live on hope alone, but without it, life is not worth living. So you, and you, and you…You gotta give em’ hope… you gotta give em’ hope.

Almost 30 years later, the battle continues, more recently known as Proposition 8, and SB48. Because of its emotionality, it is difficult to discern where the intersection is between civil liberties and religious bigotry. I appreciated the movie’s tone, highlighting more the struggle of the movement rather than being overtly propaganda, and it is my hope that those who are in opposition to these agendas would enter into the human argument a bit more thoroughly and intelligently — No. Compassionately. Labeling any human phenomena mere “abomination” or any other derogatory phraseology ultimately dehumanizes the issue. This ought not be.

And from a faith standpoint, it seems most appropriate that the Love of God and Love of Neighbor ought to be platformed as the agenda for the religious. Unfortunately, my concern, through observation, is that even those phrases and their original meanings are being swept away with the undercurrent of political lobbying (“God’s laws vs. man’s laws”) and culture wars (“love sinner, hate the sin,” etc.). I think, perhaps, we can redeem that conflation, and find a better way to publicly engage with such private and personal issues without losing the ethics on either side.