At HIP, we believe everyone has the potential to transform the private virtue of compassion into the civic virtue of heroic action, and we are dedicated to helping individuals internalize and express their ‘heroic imagination’ in service to humanity. 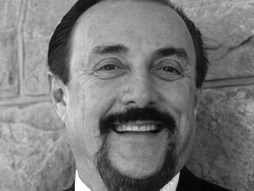 My new mission in life is seeding the earth with heroes.

But, when we flip the coin, 2. Why do other people become heroic? We don’t have answer, we only have conjectures. Is it leadership, ability, sacrifice, courage, knowledge, awareness of future, compassion, empathy, hero gene, oxytocin, opportunity?

What we do know is that the same situation that inflames the hostile imagination in some people, also provides opportunities for others to inflame the heroic imagination. Thus, there are few people that are heroes, and even fewer people who are evil.

Nevertheless, between the extremes of this bell curve, the general population does nothing, and they do it with no imagination at all. In that non-act, they implicitly support the perpetrators of evil.

All that is necessary for evil to persist is for good people to do nothing. – Edmund Burke

So in this bell curve, villains and heroes are the outliers. In-between them is the general population, generally passive and indifferent.

So, our job is two-fold. How do we keep them from being seduced to the temptation of evil. And how do we get them to join our “hero movement” to get them to go to the bright side.

The H.I.P. (Heroic Imagination Project) is amplifying the voice of the world’s quiet heroes.

We believe that heroism is the antidote, not only to public indifference, but also to systemic evil.

Our new conception of heroism

H.I.P. will also provide research in this area, and have transformational leadership programs, media, and organizing a “heropedia” a living document that showcases and images personal heroes.

What the world needs now is more heroes.