(UPDATE: The Plot Thickens, by Time, and a short clip of a statement from the Mayor by CNN.)

(DISCLAIMER NOTE: While this uncertainty is floating around regarding the validity of the pregnancy pact mentioned in the Time article, I believe my post below still stand true, regardless of whether or not “the pact” be substantiated)

Two particular pieces of the article are of greater interest to me and this blog, and they illuminate some fundamentals about humanity, that if neglected, end up in symptomatic consequences that can be disturbing. This ought to again cause us to think and minister (serve) along the lines of those elements of life that are most fundamental instead of wasting our efforts on secondary repercussions. 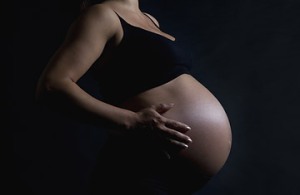 The girls who made the pregnancy pact — some of whom, according to Sullivan, reacted to the news that they were expecting with high fives and plans for baby showers — declined to be interviewed. So did their parents. But Amanda Ireland, who graduated from Gloucester High on June 8, thinks she knows why these girls wanted to get pregnant. Ireland, 18, gave birth her freshman year and says some of her now pregnant schoolmates regularly approached her in the hall, remarking how lucky she was to have a baby. “They’re so excited to finally have someone to love them unconditionally,” Ireland says. “I try to explain it’s hard to feel loved when an infant is screaming to be fed at 3 a.m.”

True, it is possible the understanding of the concept of unconditional love may be construed in a different way when evoked in the mouths of teenagers. However, I would argue that in the absence of other kinds of terminology, this substantiates and validates the truth of humanity’s need for unconditional love and acceptance. So much so, that morality takes a backseat.

EFFECTIVE MINISTRY (SERVICE) TO ENDEAVORS SUCH AS THESE MUST FOLLOW A PHILOSOPHY OF REPLACEMENT, NOT JUST REMOVAL

The closing paragraph to this short article reads,

Gloucester’s elected school committee plans to vote later this summer on whether to provide contraceptives. But that won’t do much to solve the issue of teens wanting to get pregnant. Says rising junior Kacia Lowe, who is a classmate of the pactmakers’: “No one’s offered them a better option.” And better options may be a tall order in a city so uncertain of its future.

While the author seems to be talking about contraceptive options, I’d like to suggest that she is close to tapping into a far more potent truth. Perhaps the reason why this pact took place, and why so many other behaviors take place in delinquent adolescence is because there is within each of us a “cause” drive. Perhaps we all want to be a part of something big, powerful, moving, revolutionary, etc.

I suggest, perhaps overtly simplistically, that the real solution to deviant behavior such as this (and others) is not just about telling kids to stop, but telling them to go. That is, we must not simply remove bad behavior, but we must replace it with an alternative behavior of higher value. I find, too, that if you challenge students to this level, they bite, hook, line, and sinker. Why? Because each of us are dying to be a part of something great — we all have a “cause” drive.

I hope Kimberley McLeod, the Time author, as well as others who write about these kinds of things (and especially those of us who work with the students) don’t just offer other options for stopping bad things and consequences from happening from bad behavior. May we offer them “better options” of higher value, of greater worth, and of more lasting influence.