Surprised at Love Won Out – The Church and Homosexuality, pt.1

This is part one. Part two can be found here.

I attended the Love Won Out conference this Saturday, hosted by Focus on the Family, and I was pleasantly surprised. Their website reads:

Focus on the Family’s Love Won Out ministry exhorts and equips the church to respond in a Christ-like way to the issue of homosexuality. And to those who struggle with unwanted same-sex attractions, we offer the Gospel hope that these desires can be overcome.

The reputation of the Christian community, within the Church itself and most definitely in the LGBT (Lesbian, Gay, Bisexual, Trans-Gender/Trans-Sexual) communities and the culture at large is very damaged; and for good reason. Most of us have seen the billboards and wooden stick signs that have Scripture references and all out hate language. And though Focus on the Family doesn’t endorse that kind of behavior, they tend to fall into a similar hyper-conservative category when it comes to controversial issues such as this. So, I was nervous and skeptical. I was concerned that this conference would only encourage behavior that continually alienates and disowns anyone struggling with sexual identity issues. But as I said, I was pleasantly surprised. Here, in this first post, I list my reasons why; notes from the concluding talk by Joe Dallas entitled “How Should We Respond?” 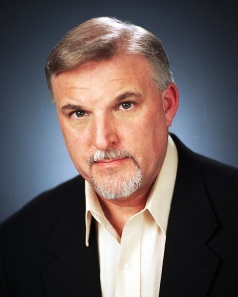 the church has a MANDATE to be CONTROVERSIAL when controversy for the sake of truth is called for. [1]

Fine. That’s nothing new. In fact, it’s usually that ethic that gets us into trouble. But what was so refreshing to hear is that there are

three areas of REPENTANCE and RECOMMITMENT [that] need to be addressed as we respond to this crucial issue.

Did he just tell the Church to repent?! Yup. And, in his opening lines, he calls the Church to first look at our moral shortcomings before we can even begin to address those beyond the church walls. This is refreshing to me because even a quick NIV word search will reveal that “repent” is most often used for godly people (Hezekiah, 2 Chronicles 32:26), the nation of Israel (Isaiah 59:20), and godly cities (Matthew 11:20-21). Looking deeper at the Hebrew word for repentance “shuv” or “teshuvah” (תשובה) one discovers that it simply means “return” or “turn back.” Biblically speaking, repentance is primarily done by people of faith who have lost their way, not sinners or pagans who are not followers of God.

So to hear Dallas make these remarks is, in my opinion, an excellent start towards the healing and redemption process that needs to happen, really, not just with LGBT issues, but with every issue the Church faces. Thank you Joe.

So, what are the three areas? Again, I think you’ll be refreshed to read:

1. The church must REPENT of her own immorality and RECOMMIT to a biblical standard of holiness.

Here Dallas used Samson as an analogy of the church’s compromise on the vow of separation; otherwise known as “holiness,” that is, to be different, set apart. We, the church, have compromised God’s very best for our lives by succumbing to all sorts of immorality. We must take serious stock, really repent, and do some serious work internally before we can even look outwardly.

2. The church must REPENT of hostility toward homosexual people and RECOMMIT to bold love.

Using Jonah as the character for this point, Dallas suggests that we have not cared for the people to whom we minister. We seem them only as an “issue to be defeated,” rather than a people needing to be loved and redeemed. And, much of our argumentation has only served to “inflame Christian contempt” towards these groups of people (well articulated). We must repent from this as well, and seek to “serve” with “bold love” all the while without compromise.

3. The church must REPENT of being intimidated by the gay rights movement and RECOMMIT to her prophetic role.

While this last point of repentance is more a clarion call, it is a good one, for even as we repent of our sins, this does not mean that we simply acquiesce to opposing characterizations that are meant to intimidate and silence us from expressing valid and reasonable arguments and positions. There are still people in serious hurt and pain out there, and we still have a message of hope and healing that needs to be voiced. We ought not overtly value appeasement for the sake of avoiding opposition. “The church must boldly protest immorality in any form while simultaneously building a place of safety for those who respond to our message.”

I hope you too, are surprised at the call to the Church given by a group such as Focus on the Family (and in conjunction with Exodus International). It’s not every day that you hear people from within the Church, who speak on such controversial topics, tell the Church to repent. That’s a message worth hearing, believing, and doing. And just as this has surprised me, perhaps we can now, with this commission, be a loving surprise to our LGBT brothers and sisters around us.

[1] All quotes are from the Love Won Out Conference Guide, (Focus On The Family, 2007), and Joe Dallas’ last talk entitled How Should We Respond.